We are killing our planet!  Our oceans are a prime example.  I am becoming more aware of  how detrimental plastic is to our environment.  And I will be the first to confess that I too have been guilty.  Did you know that over 200 billion pounds of plastic are produced worldwide each year and that only 4 to 7 % is actually recycled.   Plastic pollution now affects at least 267 species worldwide.   These are photos of pollution that has washed ashore:

100,000 marine mammals and sea turtles die yearly from entanglement.   There are estimates that marine debris kills 1 million seabirds a year.   80% of marine debris comes from land via street storm drains, waterways, and rivers that eventually empty into the ocean.   Apparently we Americans use approximately 1 billion disposable shopping bags that create 300,000 tons of waste each year.  Fish and birds confuse the debris for food.  Plastic has moved into the food chain!  Plastic is not biodegradable.  It eventually breaks down to the size of plankton.

Fish bites can be seen from marine animals mistaking the plastic for food.  This can be deadly by blocking their digestive tracts and reducing their ability to absorb nutrients.  In addition plastics contain contaminants … a toxic meal.  Scientists on research boats mid-ocean have opened fresh caught fish and found pieces of plastic in their stomachs.

An ocean gyre (jahyur) is a large, slow spinning vortex of ocean currents caused by trade winds.  There are five major gyres in the world’s oceans pulling plastic garbage from every continent and churning it into bite-size pieces for sea life.  It is estimated that 11 million tons of plastic ride the North Pacific Gyre between Asia and North America eventually washing ashore on beaches or breaking down to microscopic pieces.

When we were on our annual spring trek to Bandon by the Sea in Oregon earlier this year we became aware of the Washed Ashore Project.  All this information is from their exhibit in Bandon and their website.

Artist and director Angela Haseltine Pozzi leads the Washed Ashore community in creating large-scale sculptures of the very sea life that is threatened by the marine debris.  Communities, schools, and state parks gather the debris off of the beaches.   They are then washed, sorted, drilled, cut and processed into art supplies.  Only re-purposed plastic debris found on beaches are used in Washed Ashore art. 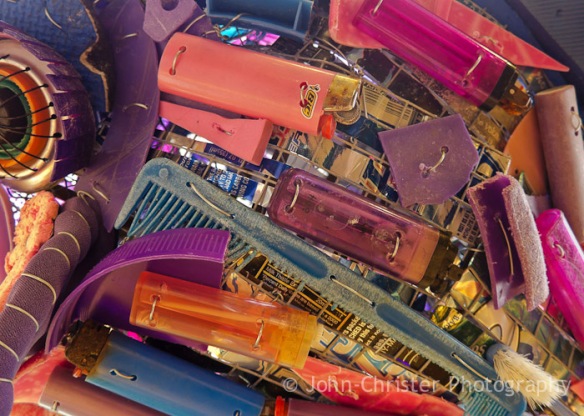 The Project has impacted the lives of over 1 million spectators.  The exhibit features massive sculptures. 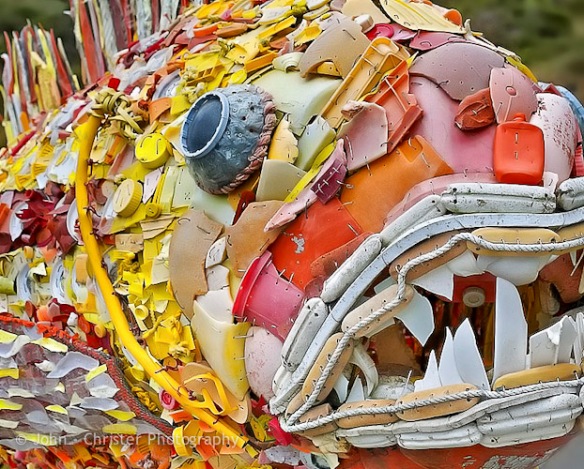 100’s of volunteers have processed over 4 tons of plastic pollution into art supplies.  Washed Ashore’s traveling educational exhibit of sculptures continues to spread the message internationally.   Activity/Action Books and Curriculum based on Washed Ashore’s Marine Debris Awareness Program can be ordered through their website.

Use less plastic.  Bring your own water bottle and mug with you.  Use cloth or canvas grocery bags.  Buy in bulk.  Refill containers.  Reduce and re-use whenever possible.  Recycle.  Contact Washed Ashore to start a Satellite Project in your community.  Each one of us can make a difference.

“O Lord, our Lord, how majestic is your name in all the earth!  You have set your glory above the heavens.  From the lips of children and infants you have ordained praise because of your enemies, to silence the foe and the avenger.

When I consider your heavens, the work of your fingers, the moon and the stars, which you have set in place, what is man that you are mindful of him, the son of man that you care for him?  You made him a little lower than the heavenly beings and crowned him with glory and honor.

You made him ruler over the works of your hands; you put everything under his feet:  all flocks and herds, and the beasts of the field, the birds of the air, and the fish of the sea, all that swim the paths of the seas.  O Lord, our Lord, how majestic is your name in all the earth!”  (Psalm 8)

Bearing in mind that ruling requires constant care and wisdom let us each do our part to help preserve our planet … God’s creation. 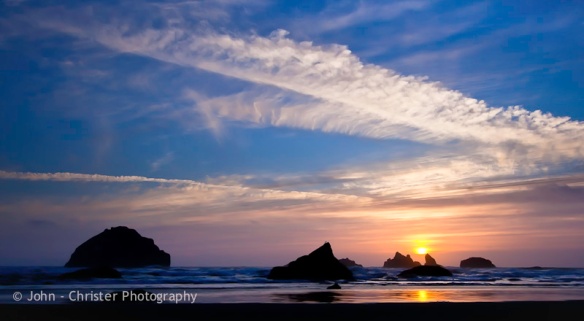